Best places in the UK to travel solo 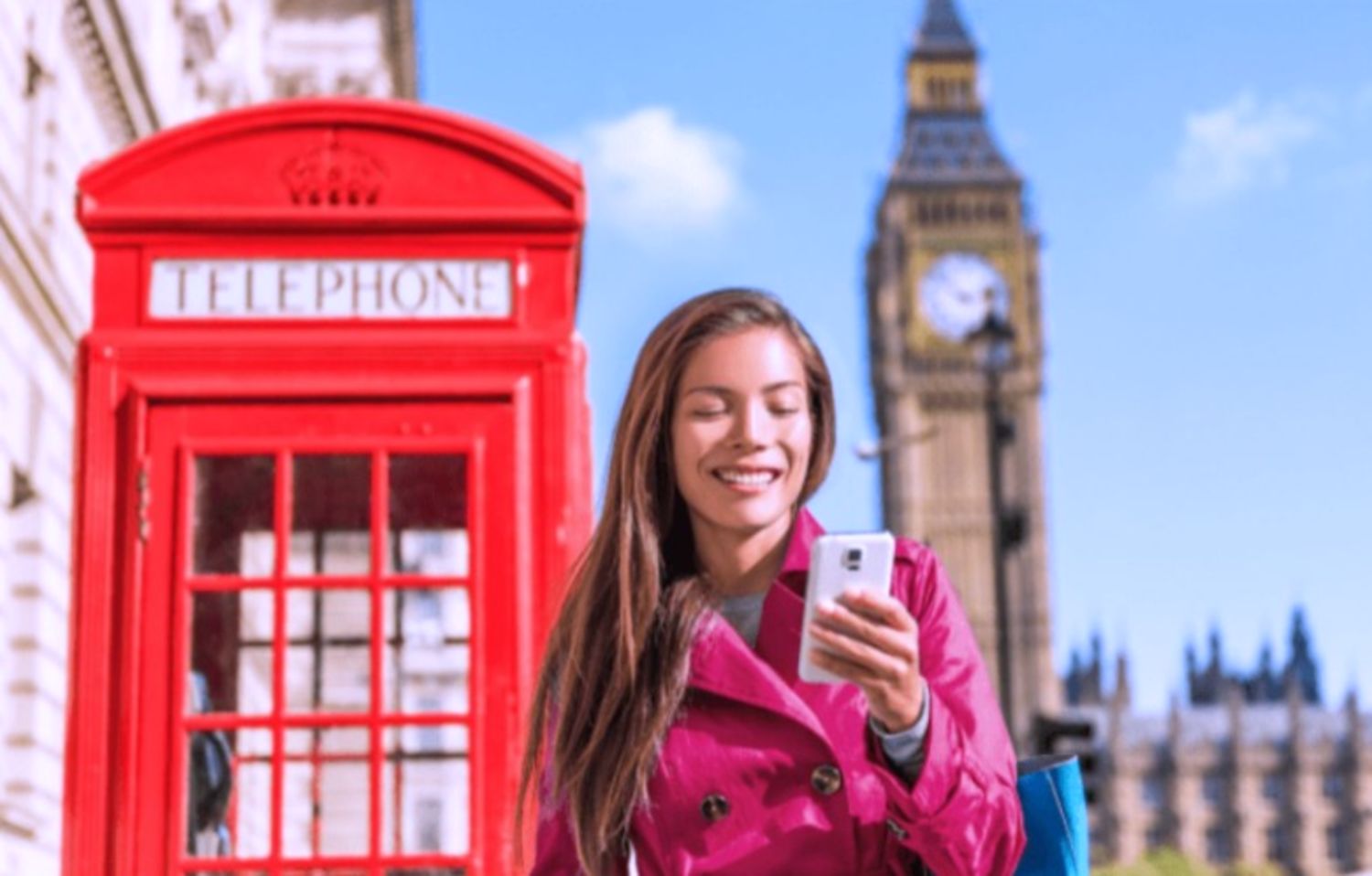 What about a trip to Great Britain?
I know that most of the time, what comes first in mind is London and its famous Big Ben. But there are many other incredible landscapes to discover.

I'll tell you right now, I've been a fan of the UK since I’m a child. In fact, I was quite influenced by my mother, who loves the Beatles so much. She even put a huge poster of the band in the living room. She is the one who brought me to London for the first time, before I discover which type of adventurer I am. As a solo traveller, I can tell you that the UK is one of the best places to travel solo as it’s really safe and people are really welcoming. I have never been worried about my safety and even felt at home since the very first moment I came there.

To get into the mood, I invite you to take a good cup of tea, to listen to the song Let It Be, take a look at the 6 unexpected events to anticipate when you travel the world, and then we’ll discover the best places in the UK to travel solo together.

Bristol, my favorite city among the best places in the UK to travel solo

Bristol is the perfect place to immerse yourself in a hipster atmosphere. This city has completely captivated me. When you stroll around the city, you feel like you're in the middle of a gigantic work of street art. Indeed, I asked passers-by and I learned that in Bristol, street artists have the right to freely express their art without fear of being prosecuted. It is thus a true open-air museum that you can admire while wandering in the streets. There are so many things to see, so make sure to bring your camera with you.

After this walk, I advise you to go and take a breath of fresh air in Castle Park. Located in the center of Bristol, it shelters the ruins of Saint Peter's Church, which was bombed during the Second World War. If, like me, this long walk made you hungry, a gourmet picnic in front of the river that crosses the park will be a great idea. You will have all the vitamins you need to keep on visiting Bristol.

If it’s raining, why not go to the Saint Nicholas market? It's a nice place to stroll around and do a little shopping. You will find what you are looking for, for sure : clothes, gifts for your loved ones, books, or even food. I would even say a lot of food, actually. It's also a good time to have a glass of cider, an English specialty.

To be honest, there is another very good reason why I put Bristol in the best places in the UK to travel solo. As a big Harry Potter fan, I had to visit the cities of Gloucester and Lacock, located a few kilometers away from the city, where parts of the filming took place. There is nothing better than immersing yourself in the steps of the young wizard in order to get a better feel for the English culture.

If you're looking for breathtaking scenery, there's no better place than the South of England. With a UNESCO World Heritage coastline, the Dorset region is a true English treasure. From the natural arch of Durdle Door to the ghost village of Tyneham, each site is more breathtaking than the next one.
Before reaching the English coast, you can visit Corfe, a small village in the region where one of the first English castles was built. For the most courageous ones, you can climb the hill above the village to admire the beautiful view from up there and of course, get a closer look at the castle ruins.

To explore the Jurassic Coast in depth, a road trip through Dorset is a very good option. But before that, you should be aware of what you have to bring with you, so I would recommend you to read the checklist for a road trip. To start with, Studland is a nice starting point. When I went there, my goal was to discover Old Harry rocks. Well, it doesn’t sound like it’s a huge thing, but I assure you that it is really worth the detour: personally, I did a long walk to go to the top and I admired these chalk cliffs which form natural arches and I kept on going along them for several hours. Even if Dorset is one of the best places to travel solo in the UK, do not make the same mistake as I did: make sure you have warm clothes, or you will catch a cold.

Belfast has nothing to envy the big cities of England: a good reason to put it in my list of the best places in the UK to travel solo. Some may think that it is complicated to get there, but Belfast does have an airport. You also have the possibility to land in Dublin which is only 2 hours drive from Belfast.
Northern Ireland obviously means Guinness beer, and to taste this specialty, the Crown Liquor Saloon is the ideal destination. A former Victorian gin palace, it is one of the most famous pubs in Northern Ireland. For those who are not very thirsty, but who, out of curiosity, would like to take a tour, you can admire the magnificent stained-glass windows of the bar as well as the carved ceiling and the mosaic floor.

The city also has a magnificent botanical garden as well as a greenhouse with a tropical feel: Great Palmhouse. There, you will be able to admire plants from all over the world, but also phenomenal trees. Personally, I really appreciated the Tropical Ravine House, the other greenhouse of the garden, which has a rather particular architecture with fascinating colors and scents.

This is for the fans of Jack and Rose’s tragic love story: yes, the Titanic was built on Belfast’s docks. Moreover, you can visit a museum dedicated to the construction and the sinking of the ship. It brings the Titanic back to life and will allow you to step back in time and go down the famous stairs that lead to the dining room. And who knows, maybe you'll find your modern-day Jack.

Heading to the Isle of Man

It is the atypical destination of our trip around the United Kingdom. Located in the Irish Sea and halfway between England and Northern Ireland, the Isle of Man belongs neither to the United Kingdom nor to the European Union. It is in fact a dependency of the British crown and has a great autonomy both politically and economically. With a very rich culture and history, it will seduce you, especially if you’re an adventurer.
What better way to see the beauty of these landscapes than to take the railroad and climb to Mount Snaefell. It is the highest peak of the island and, when the weather is on your side, you can see England, Ireland, Scotland, Wales, the Isle of Man and the sea. That deserves a pretty panoramic picture. From now on, I seriously consider a solo trip to the mountains in France.

Old village of fishermen, the capital of the island is crossed by 2 rivers : one is named Dhoo and the other one is Glas. I'll let you guess the name of the city… Yes, it is Douglas. They didn't bother to look for something complicated. But the town that caught my eye was Castletown, further south on the island. There, you can visit the Rushen castle which was built especially for a Viking king. There are also many fishermen's huts, and while walking through the alleys, you can also have fun looking for the 70 fairy doors that are hidden in the town. It took me back to my childhood, but sometimes it can be good.

Edinburgh, the city with 112 parks

On the coast of Scotland, a visit to Edinburgh is an opportunity to discover a remarkable heritage. It's a great place to live, and the locals won't tell you otherwise. Personally, what makes me love this city and even Scotland in general is its national emblem, which is... the unicorn! Yay!
Strolling through the streets of Edinburgh, you will have the impression that 2 cities are united in one. On one side, there is what is called the Old Town, the medieval city, and on the other side the New Town which is, as you may have understood, the contemporary city. As we say nowadays, Edinburgh is really 2 rooms 2 atmospheres. That's why I like this city so much and why I decided to put it in the best places in the UK to travel solo.

Museum lovers, you'll be in heaven, because besides being extremely numerous all over the city, they are all free: whether it's the National Museum of Scotland or the Scottish National Gallery, you can discover them all without spending a cent. I'm not a big fan of museums in general, but I went to the Camera Obscura and World of Illusions, located in the old town, and I loved it. I laughed a lot while visiting this museum, but I couldn't help it. I am also laughing for literally everything, even though I am quite shy when you meet me for the first time, but I recently read the 8 tips for shy solo female travellers. Finally, before leaving, I went to the very top of the building to appreciate the beautiful city of Edinburgh. A nice way to cap off this visit in style.

The UK is a beautiful destination, isn't it?

I don't have any secrets for you anymore now that I have revealed the best places in the UK to travel solo. Anyway, I don't know if you've noticed, but I am fascinated by its history and culture. And to immerse yourself in it even more, what better way than to sleep in a local's house? You should know the advantages and disadvantages of couchsurfing before making  your decision, but as for me, I am convinced.

I think that if I had not been French, I would have loved to be English, what about you? 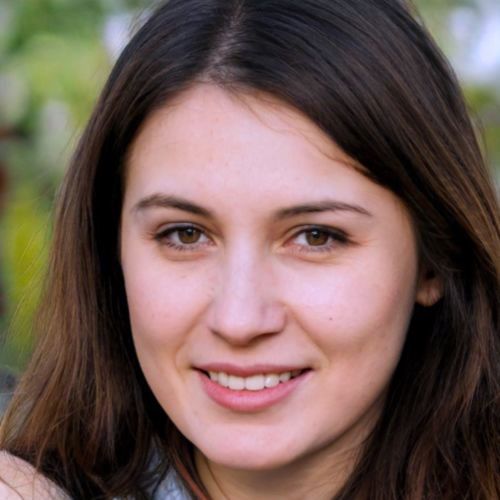