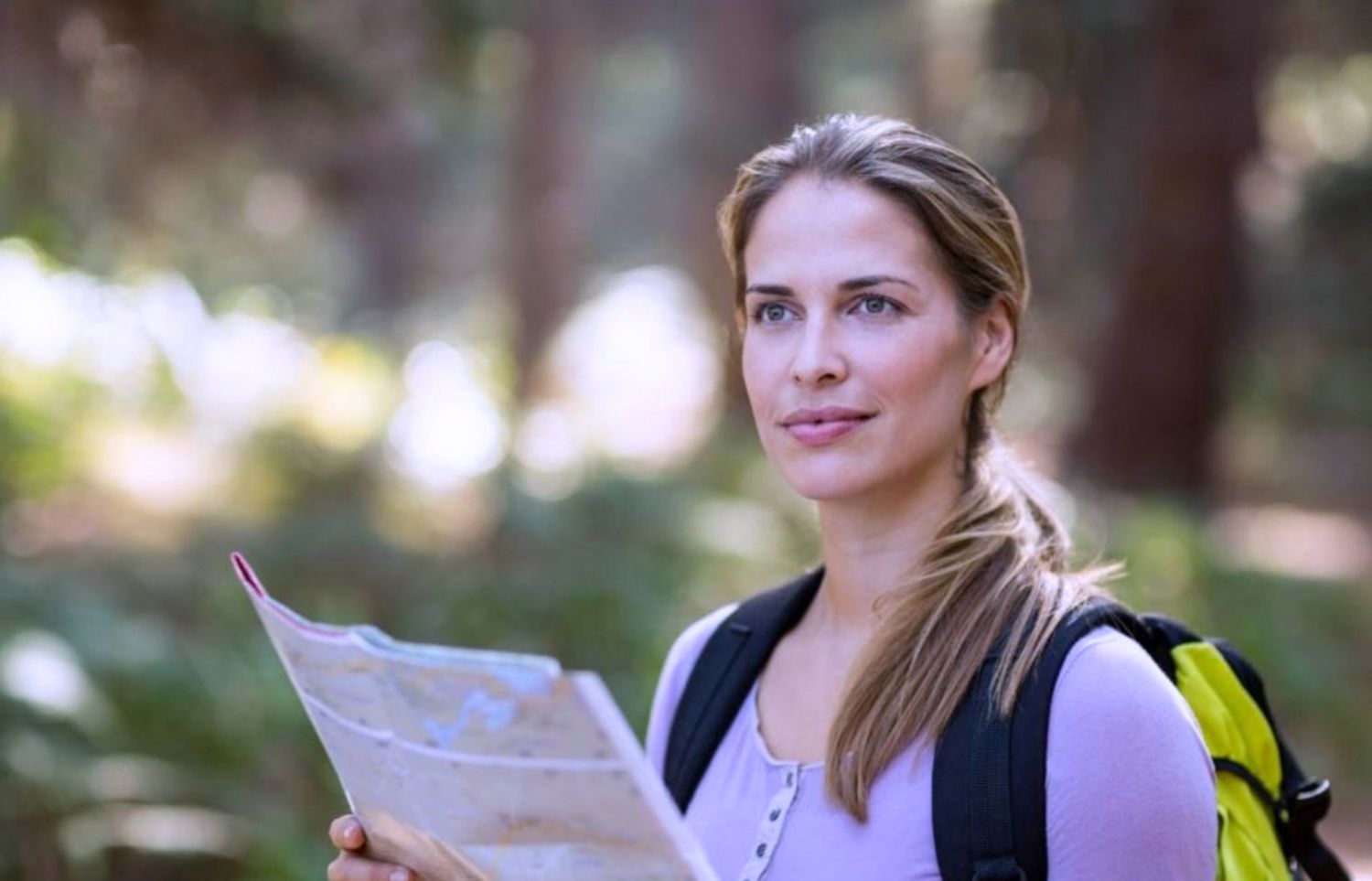 If I say "globetrotter", you will certainly think of a bearded guy armed with a backpack, a Swiss Army knife and who has just spent a week living on his own? A kind of Indiana Jones without the hidden treasure.
But haven't you ever wondered why?
Why this vision of a backpacker who braves danger and loves adventure is directly attributed to a man?
After all, Lara Croft is also a globetrotter.

When I say "globetrotter", it doesn't necessarily mean adventurous. In fictional movies featuring very strong and resourceful characters, in search of treasure whose script is usually exaggerated and who always end up getting away with it, this may be the case. But when you take an example of a real globetrotter, he or she is not always an adventurer.
Of course, there are some people who are in search of the treasure of their lives and who explore the world by following maps and tracks of all kinds, even in reality. These people have more of an adventurous profile, although they can of course be related to both.
However, you don't need to be in the middle of a lost city to enjoy the trip.
The globetrotter is not necessarily a seasoned adventurer, but he also lives his own adventure, an adventure linked to one or more reasons that pushed him to travel.

The image of the globetrotter, an old archetype

When we talk about strength, courage and even heroes, we always attribute these adjectives to male characters. The stereotype of the strong man who braves all dangers to save his lady in distress. The adventurer, the hero, who saves the city from imminent danger and is then thanked by all for his bravery.
Even when we take real facts, the forces of law and order, the military, the fire brigade for a long time and even today are mostly represented by men.
An act of bravery, an adventurous and dangerous trip through a country, can only be performed by a man.
This idea has long ago entered everyone's mind, conveyed by mass culture. Even in what is taught to the youngest without necessarily doing it on purpose.
If we have a look at the simple profile of our dear Indiana Jones: a modern man, an ordinary professor who actually is a real adventurer, we are once again faced with the portrait of a man associated with strength and resourcefulness. This is why his arrival inspired and still inspires many men and boys today.
Unfortunately, the only feminine portrait that is made in these films is attributed to a woman whom, here again, our dear globetrotter has to save, as she is unable to save herself. Jones is the strong man, there to repair the damage, save civilisation and why not make one or two women fall madly in love with him at the same time. The woman serves as a trophy.
Beyond the films with which young girls would find it difficult to identify, the games and toys sold in his effigy don't make it any easier either. The adventurer's hat, a knife attached to his belt and even a whip to counter his opponents, the perfect globetrotter kit. But once again, the advertisement is adapted to boys and does not allow girls to find themselves in the character.
A regrettable choice for the place given to girls in society and the choices they are left with, in relation to what they can or cannot do.
You certainly tell yourself that this has no connection or real impact, but if you were told all through your childhood that these adventurous toys are not for you, that it's a boy's thing, would the idea of becoming a globetrotter in the future would even come to your mind?
Beyond poor Grandpa Jones, to whom I may have been a little bit mean, if we take the example of the films of adventurers or globetrotters, they are, there too, men. Into the Wild, 127 Hours or even Crocodile Dundee, all have as their main character a man who demonstrates his strength through his journey.
Will society succeed in breaking the stereotype of the strong man and the woman in constant distress?

Recently, society has been trying to restore a stronger image of women, to impose them alongside this much talked-about globetrotter. Unfortunately, the first attempts were not as dazzling as with, for example, the Lara Croft of video games, a great globetrotter and adventurer, played by Angelina Jolie in 2001 in the movie of the same name. For sure, the idea of creating a strong woman is here, but the hypersexualised representation of her with an enormous breast and a dreamy body does not really help to identify the character as a woman.
Here again, the character is not really designed for women but rather to please men...
The same goes for travel stories. Don't think that Into the wild was the only film to tell of a wilderness experience. No, in 2013 and 2014 were released Tracks and Wild, two movies telling the story of a woman globetrotter, one who went on a solo trip and the other with travel buddies. Only, despite the beauty of their journey, their story did not know the same success as when it was told by a man.
But as they say, you learn from your mistakes. It is clear that our society is growing and is seeking to impose a little more the idea that women are equal to men, capable of doing as much as men, because it is the case, both in the cinematic approach, and in the ads where what is taught to young girls has been reviewed and it pays off.
If we take Lara Croft's new film released in 2018 as an example, the young woman who braves danger is more common, she fits the description and is much less sexualised here. Young girls can identify a little more with her, her story and the courage she shows.
Toys are also less and less gendered even if there is still progress to be made. This may be seen as strategic from an economic point of view, but let's not blame anyone for finally taking a step towards equality. Open-mindedness allows companies to reach a new target that is just waiting to be considered.
Society is changing, as are morals and popular culture. This time women want to be perceived differently. They are no longer to be rescued, they are no longer trophies. Women are at the heart of the action. In fact, they have always been, but today it is time to talk about it.
It is time to show men that women are their equals and that they too can be great globetrotters.
So Jones, ready to step aside?

Or should I say: and today? Because our tomorrow is being built today and has already begun to change.
Today, there is no more need for gadgets of any kind, for a forbidden city. Going on road-trips, practicing couchsurfing and making solo trips for whatever reason or purpose, makes you a globetrotter.
Whether you are 20, 40 or 70 years old, more the type to sleep in a hotel than at a hosts’ or to go on a girls' only trip, you know what you want and satisfy your desires without fear.
Because nowadays, most of the solo travellers are women and not men, with 60% of them lending themselves to adventure. According to one study, between 2015 and 2017, women travelling alone were twice as numerous as men. These numbers may not appear to be anything, but nevertheless they prove a total evolution in the minds of everyone, especially of women.
Women's solo travel support groups have emerged, safe couchsurfing platforms have been created and hashtags on networks have been set up to make solo travel as a woman a real movement. Drawing inspiration from the stories of others and ensuring that women today are no longer afraid to venture out on their own. Let these same women prove to the world, but above all to themselves, the strength within them.
Many are even starting to create blogs about their travel stories, seeking to inspire all those women who do not dare to travel alone, explaining how to travel alone as a woman, giving them solo travel tips or testimonials of experiences after a rich journey in Bulgaria.
They also report the sexism present in solo travel, for some the problems encountered on unsuitable couchsurfing platforms, for others the derogatory remarks but also give their safety rules for hitchhiking road trips. Some even talk about violences around the world and how solo traevlling help them.
Today's women globetrotters are taking the lead, deciding where and how they want to travel. They inspire, empower themselves, let this mental load down and live their lives to the full without a man telling them what to do or how to do it. Today's women globetrotters are all those women who decide to travel, women you may be one of, and who are as strong as Indiana Jones or Lara Croft. Women like Patricia.
We are on the right track, women are regaining their rights, their place is being reconsidered. It is these small steps that will form a big one, so for today but also for all future generations let's continue to emancipate ourselves, so that the girls of tomorrow will not even have to ask themselves where or how to travel...
...So that we no longer have to wonder whether we will be safe or not.
Let's be free to be whoever we want to be, this globetrotter, this adventurer, and to go wherever we want without questioning our own limits. 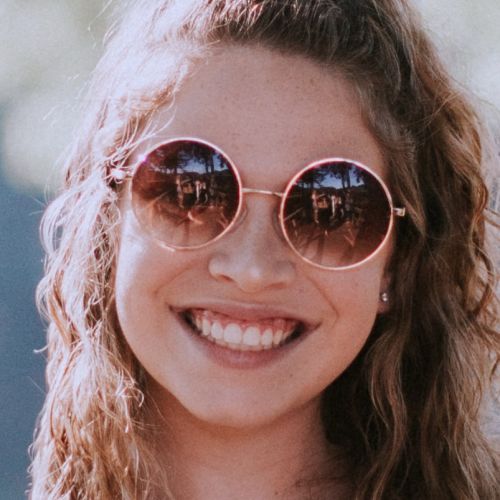